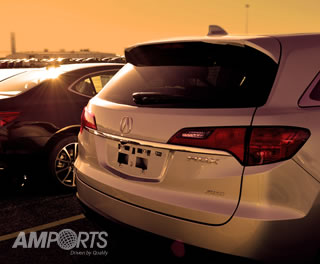 American Honda Motor has started exporting its new Acura MDX and TLX models via the US East Coast port of Jacksonville to the Middle East. It is first time new Acura models are being made available in the Middle East through a dealership network in the region. Kuwait will be the first market to receive the Acuras.

Port processor Amports will be handling the vehicles through its facility at the Blount Island Marine Terminal, which is served by a direct rail service provided by North American rail provider CSX.

"We are grateful for the growing commitment from Honda,” said Amports CEO Jim Davis. “This decision sends a clear message about the high quality of the work done here at the port in Jacksonville."

The vehicles will be shipped to the Middle East by Höegh Autoliners. Honda has not released details on the number of vehicles being exported on this contract. However, a spokesperson for Jacksonville Port Authority (Jaxport) said steady growth was expected from the business and it would boost volumes over last year. Honda exported more than 40,000 vehicles through Jaxport last year, to destinations including the Middle East, Africa, South America, and the Caribbean.