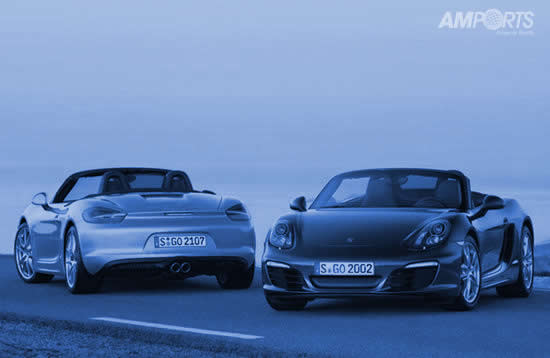 Porsche Cars North America, Inc. (PCNA) has announced its selection of JAXPORT as its port of entry for new Porsche vehicles bound for dealers in the Southeastern United States, effective October 2015.

"Porsche conducted an extensive bid process and found JAXPORT and the selected processing company, AMPORTS, offered the optimum combination of efficiency, quality, and service," PCNA Vehicle Logistics Manager Howard Chang said. "We thank the processor, the port, and the Florida Department of Transportation for their responsiveness to our needs."

In February, Volkswagen Group of America announced the move of their import facility for cars and SUVs and its Southeast U.S. distribution operations to Jacksonville. Porsche vehicles travel on the same vessels as Audi, Bentley, and Volkswagen vehicles bound for the region. “Our goal is to ensure every waiting Porsche customer receives the car they want as fast we can get it to them,” Chang noted.

“We are grateful for Porsche’s confidence in us and we are proud of the work done by our tenants, partners and employees,” said JAXPORT CEO Brian Taylor. “All of us at JAXPORT are dedicated to reinforcing our reputation for vehicle-handling each and every day and announcements like this are the reward for our continued commitment to excellence.”