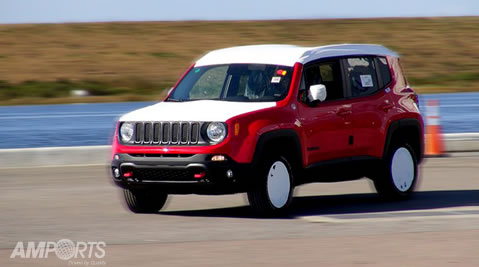 JACKSONVILLE, Fla. (Feb. 26, 2015) – FCA US LLC has selected JAXPORT to import its all-new 2015 Jeep® Renegade, the first Jeep ever to be built exclusively outside of the United States. AMPORTS will handle vehicle processing at JAXPORT’s Blount Island Marine Terminal and the SUVs will be shipped via Grimaldi Lines.

The first shipment of Jeep Renegades arrived in Jacksonville in February and was processed for immediate delivery to dealerships.

Designed in Detroit, the 2015 Jeep Renegade symbolizes the All-American brand known for its rugged off-road capability. The Renegade carries the distinction of being built at the FCA facility in Melfi, Italy, alongside the new Fiat 500X subcompact crossover, which will also be moved into the Southeastern U.S. through JAXPORT later this year.

"This new business once again illustrates the confidence that automakers worldwide have in JAXPORT and our service partners," said Roy Schleicher, JAXPORT Executive Vice President and Chief Commercial Officer. "Clearly, the quality of the work being done by our tenants, partners and employees continues to resonate with manufacturers, solidifying our position as the premiere U.S. port for vehicle handling."

JAXPORT has a long standing partnership with FCA US, serving as import/export port for many of the company’s well-known brands and models.

"FCA US recognizes the importance of Jacksonville as a gateway to our customers in the southeastern United States," said Ren Reed, Finished Vehicle Logistics, Procurement and Network Design, FCA US. "Our partnership with AMPORTS will help ensure the success of the Renegade launch in the region."

"This decision sends a strong message about the caliber of the work done here at the port in Jacksonville," said AMPORTS President and Chief Operating Officer Steve Taylor. "We are grateful for the confidence that Fiat Chrysler Automobiles has in our abilities and our efficiencies." 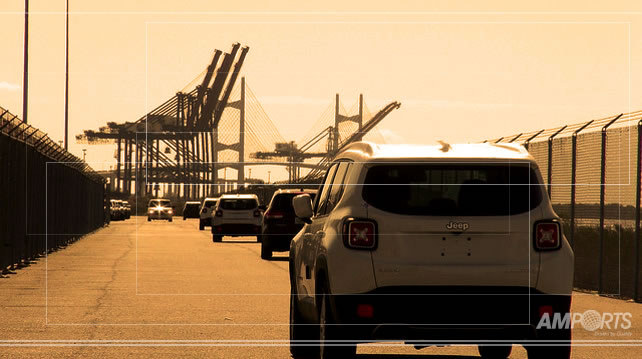