AMPORTS is rooted in Altamira 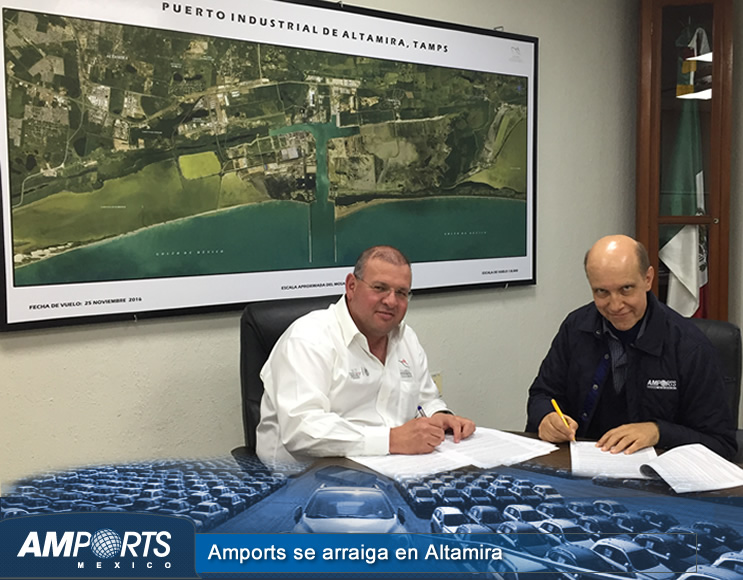 Amports de México recently signed the Altamira Integral Port Administration (API), the contract for the partial transfer of rights for a specialized installation for public use for the handling of automobiles, derived from the API / ALT / AUTOS / 17 tender process, with who stops renting the space to the API and becomes a transferee of the port.

Ernesto Ibarra, General Director of Amports de México, said that this 20-year contract, with the possibility of extending 20 more, gives greater certainty to the operations that the company has been offering in the port for 20 years, to brands such as General Motors, KIA Motors, FCA Mexico and Navistar, among others.

In an interview with T21, he indicated that the company made an investment commitment of 200 million pesos, of which, 100 will be disbursed in the first year of assignment, in a space that includes 17.5 hectares..

"What we do is store vehicles and part of their accessorization, now the plan is to give more certainty to the clients so that they can invest more in that yard, even though they already made investments, they did not have the contract as an assignee. could invest in railways, more specialized repair areas, painting workshops and other facilities, "said Ernesto Ibarra.

On the other hand, he highlighted that another six-hectare yard entered into operation in February, in which vehicles that require a greater amount of time in port are stored, which is executed through an alliance with the company Storage and Port Logistics of Altamira (Alpasa ), which has the largest number of properties in the port.

The above derives from the strategy of the API to make the site more competitive in terms of vehicle handling, since at the end of 2017, 197 thousand 032 units were operated, which represents an increase of 76% based on 111 thousand 941 vehicles. managed by the port of Altamira in 2016.