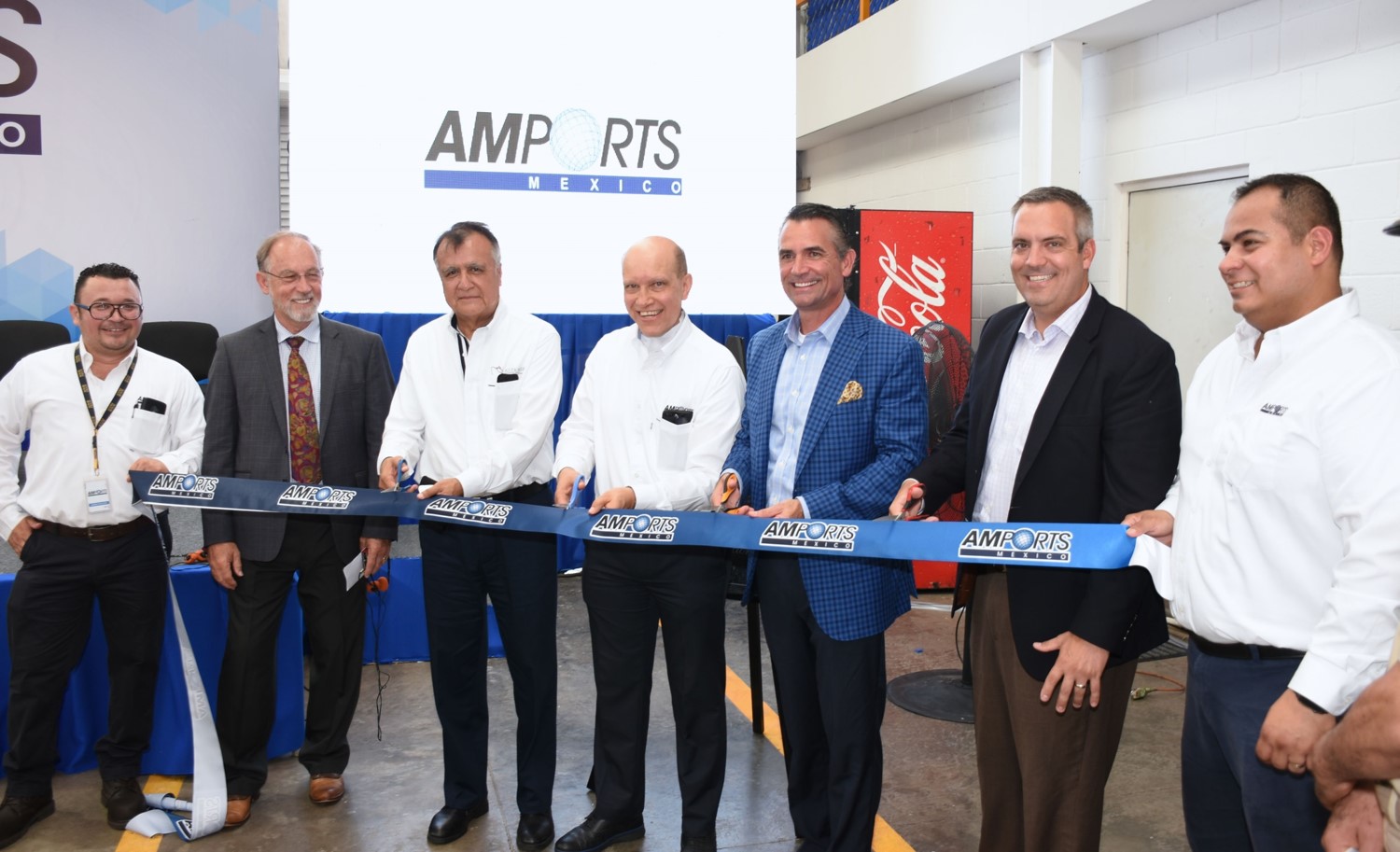 In 2003, when no one believed in Lázaro Cárdenas development as a commercial port, Amports Mexico decided to begin to offer their services to automotive industry with the vehicle handling . By 2008, Amports developed  a specialized yard in which there was an investment of 5 million dollars, including four railroad tracks with a capacity of 60 platforms in addition  of facilities for vehicle preparations.

However, in 2016 Amports Mexico had to leave the infrastructure that they developed, because the company SSA Mexico won the bidding to operate the Specialized Terminal of Automobiles, on which it was part of Amports developed area . Nevertheless, with the change of the federal administration, Amports Mexico sign  contracts again with this port.

“After the change of administration in Mexico, we made a request one more time to develop another yard equal to the one we had; similar investment that we did in 2008. We signed a contract to make maneuvers in the port, as well as another contract of a 9 hectares yard. In fact, we asked for a bigger yard; but, for the moment, it was the only area available. We are analyzing alternatives, thinking that in one or two years we could have a more important presence in Lázaro (Cárdenas), which we never lost, because we made agreements  for continuing working  through third parties ”, mentioned Ernesto Ibarra, Managing Director of Amports Mexico.

In interview with T21, he said that they never left  their operations in the port, with the strategy of renting spaces in other terminals and areas of the port; and also opening  a yard outside of the Port fiscal bounderies, in order to keep offering their services, even though the fact of having celebrated contracts again with the Integral Port Administration (API, for the acronym in Spanish) allows them access to spaces to do maneuvers inside the port with the intention to be more competitive.

“We had the commitment to invest initially 20 million pesos, but this amount could increase to 100 million pesos, in case we obtain a bigger yard. The important part is the investment we did ten years ago in the railroad track, to be even more efficient in our operations. We want to compete, we are not against that idea. In the United States we have several competitors; as well as here in Mexico. We trust in our strengths as a company, such as quality and flexibility in the services we offer to our clients”, mentioned Ernesto Ibarra.

On the other hand, Stephen W. Taylor, Chief Executive Officer of Amports Inc., said that the firm has interest to keep investing in Mexican ports and are analyzing different options, even though their efforts have been destined mainly in Altamira, which happened to reopen their yard for vehicles maneuvers, and in their return to Lázaro Cárdenas.

“Altamira is the port which has the biggest growth in North America of Amports. We believe that the increasing of business in Altamira will continue to the east coast of America; Veracruz is at full capacity and Altamira offers an opportunity to keep on growing the car’s movement in Mexican ports”, said in interview after the reopening of that yard, where it was confirmed of the interest to keep investing and competing in Lázaro Cárdenas.

In that manner, Raúl Antonio Correa Arenas, Managing Director of API Lázaro Cárdenas, mentioned that the celebrated contract with Amports is at first for undefined time an it could be adjusted up to  twenty years.

“I feel that Amports in Lázaro Cárdenas Port has never had any problem, in my appreciation. Being myself API  Engineering Manager 15 years ago, Amports arrived at the port and jointly began operations. Since then I have known that they have grown and nowadays I can see that they are a very important company with a lot of experience”, said the Official Director.

In interview with T21, he pointed that in the mentioned port, automotive industry has maintained a sustained growth, despite a deceleration last month (June) that, from his perspective, will not affect the increasing rate of this year in the short and medium term, so that competition is fundamental in the port.

“SSA  has their own contract, Amports has their own contract as well and we respect that.   Because of the number of vehicles they operate, it is very significant. This manner puts us as the second most important port for this activity in Mexico, and according several meetings and chats that we have had with both companies , it is very likely that the tendency of volumes  should be on the rise”, added Raúl Correa.

About this new contract with which Amports comes back to the port area, the Managing Director of API said that the commitment of the firm to invest should consider the conditioning of a property called “the vehicle  pension”, access for entrance and exit of the vehicles, and works that allow the correct and safe flow of the cars.

Amports Inc. has been the leader of the automobiles handling and movement activities in the seven most important ports of the United States for more than 60 years, where they have offered their logistics services to more than 90% of the Automotive  Manufacturers (OEMs), creating relationships of business partners for more than 50 years with brands such as FCA (Fiat Chrysler Automobiles), Ford, Mazda, General Motors, Honda, Nissan, Toyota, KIA, Volkswagen, Navistar, among others.

In Mexico, since the arrival of the company to the Altamira Port in 1997 as Centurión Group and operating in other port facilities such as Toluca, Salamanca, Mazatlán, Lázaro Cárdenas, and Santiago Tianguistenco, Amports Mexico has achieved business relationships with brands such as KIA, General Motors, Daimler, Mazda, Navistar, FCA, among others. In Lázaro Cárdenas they have maintained societies with some of these OEMs and are beginning to use the new yard facilities.